IPEG (Infeasible Path Explanation and Generalization) is a proprietary dynamic symbolic execution tool to experiment infeasible path generalization. From a program written in a significant subset of the C language, IPEG is able:

And, with its more than 10KLOC of OCaml and Prolog, IPEG can actually generate test inputs efficiently by skipping a lot of infeasible paths. 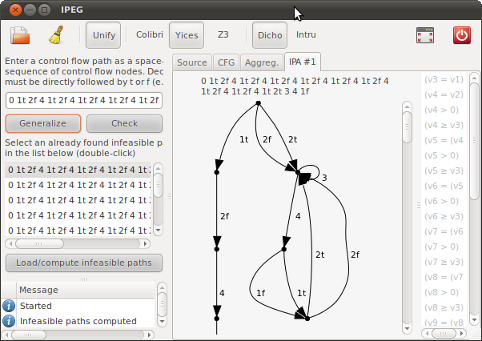 IPEG connects to any constraint solver, to date: